Every household has them: Chores, chores and more chores, the things that need to get done to keep the place going.  The lead humans in the household typically assume roles aligned with their various areas of expertise and delegate from there.  There’s the household “CFO,” or Chief Financial Officer, who tends to the budget, cash flow and investments.  The “CEO,” Chief Executive Officer, is the one who gets the final say on things in dispute, and the “CIO,” Chief Information Officer, keeps up with who is doing what, when, where and why.  I’m sure there are several more roles to define but today we’re most concerned with my favorite, “CDO,” Chief Dog Officer. 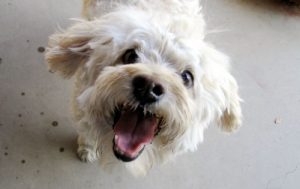 It’s a tough gig but somebody’s gotta do it!  The household CDO is in charge of all things “dog.”  Exercise, walks, playtime, feeding, medicine, training, grooming, purchases, vet appointments, waste management, socialization, enrichment and MORE! Last week, for example, as CDO I had to get fecal samples from two of our dogs for a visit to the vet later that day.  Like any good CDO, I meticulously “collected” “clean” samples of fresh (let me use the technical term here) “dog poo” from the morning’s first doggie turn out.  After I had it in pre-labeled containers I put it in the refrigerator to keep it, well, “fresh,” since our appointment was later in the afternoon.  As CDO I knew that the dogs were not likely to “have anything for me” later in the day, so I had to get it while the getting was good.    Unfortunately, it didn’t go over so well when my husband was poking around in there later for a snack!  “STOP!  That is not chocolate or anything remotely close to something requiring further investigation!”  I should have put it in the garage fridge, but I was afraid I would forget it until I was actually at the vet some 10 miles away.  So goes the decision making process of the CDO.

While we’re on the topic, growing up my mom gave my brother the official title of “Dog Poo Maintenance Engineer,” which simply meant that he was in charge of keeping the backyard clean so we could play out there.  We always had two or three big dogs at a time, and therefore my brother had to deal with lots of large “loads” that he can partly credit for his keen level of fitness today!

Proficient CDOs can also bore you to death with the names, breeds, and special notes about all of the neighborhood dogs within a 10 block radius.  Intel is key when you’re the dog walker; after all it can be a jungle out there.  As a bonus, CDOs get pretty good at carpet cleaning too, since barf, blood and other bodily fluids that shall remain nameless, make their way onto the rug with frustrating regularity.

So high-fives all around  to all of you fellow CDOs out there, you know who you are and so do your dogs.  CEOs, CIOs and CFOs got nothin’ on us, we’ve got the best job in the house when it comes down to it.  Rock the role with love, laughter and a good sense of humor and you will be richly rewarded in return.